The coolest small businesses in Wales

Without wanting to get into a big semantic ramble about the definition of “cool” (do they have to be creative and consumer-focused to get the required cool-factor?), it’s clear that some of the businesses listed in that article are big hipster nonsense that probably won’t be around by the time the next Arcade Fire album is released. But it did make me wonder what our coolest businesses are in Wales.

So here’s a couple off the top of my head – it’s going to be south Wales heavy, ill thought out, and just a handful. It’s by no means meant to be comprehensive. Just a starting point. I’d love to hear your thoughts of who I’ve missed in the comments below. It would be nice to have a list of Wales’s finest and coolest! 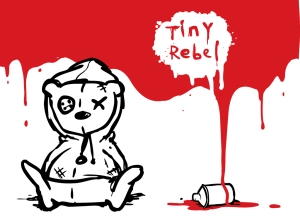 Arguably the coolest place in Cardiff to eat, drink and be merry. Responsible for a whole host of arty happenings and general fun times. And they’ve got a yurt!

Spillers
Famously the world’s oldest record store, and run with astonishing enthusiasm and knowledge by its owners and staff, Spillers is pure proof that you don’t have to be new to be cool.

Porters
An increasingly popular hangout in the capital, which hosts everything from cool networking events to themed cinema nights.

Tiny Rebel
Gorgeous beers are the staple of Newport’s only micro-brewery. They’ve branched out to taking over a venue in Cardiff (Urban Tap House).

Dizzyjam
Over 5,000 bands, DJs, record labels and venues worldwide use Dizzyjam to easily and freely sell their merchandise. Disclaimer – I founded it.

Waterloo Tea
A genuinely world-class tea house, with three venues across the city/Penarth. Gorgeous teas, coffees, cakes and sandwiches. What these guys don’t know about tea isn’t worth knowing.

Yello Brick
Yello Brick are an ultra-cool creative agency that creates immersive experiences, pervasive games, and multiplatform marketing for developing audiences. Worth checking out also are Make And See, who are responsible for similar stuff, and some of the coolest augmented reality I’ve ever seen. Until you’ve run alongside a virtual world-class sprinter (just so you understand just how fast those guys really are) then you haven’t lived!

Chapter
Almost as much of an institution as Spillers, this arts centre and cafe is the home of Cardiff’s media and creative set. Catch an arty movie, mooch around the gallery, then have a cup of coffee next to someone designing a website or writing a BBC drama.

Dr Zigs
Providers of giant bubbles (and bubble mixture) to some of the biggest events in the world. Really!

And finally, after giving hipsters a ribbing, I should include at least one Welsh business that appeals squarely to people with beards who only ride fixies. So here’s Captain Cat’s Beard Oil!

A few more that have come to mind, or that have been recommended:

Brought to us by the founders of Howies and the Do Lectures, these jeans come with a real story. Beautifully hand-made in west Wales.

Gorgeous clothes and homeware from Swansea. Thanks for the tip, Gill!

← A Raspberry Pi for every schoolchild in Wales?
→ Seedcamp, Tech City, and why Cardiff isn’t so far behind

5 responses to “The coolest small businesses in Wales”